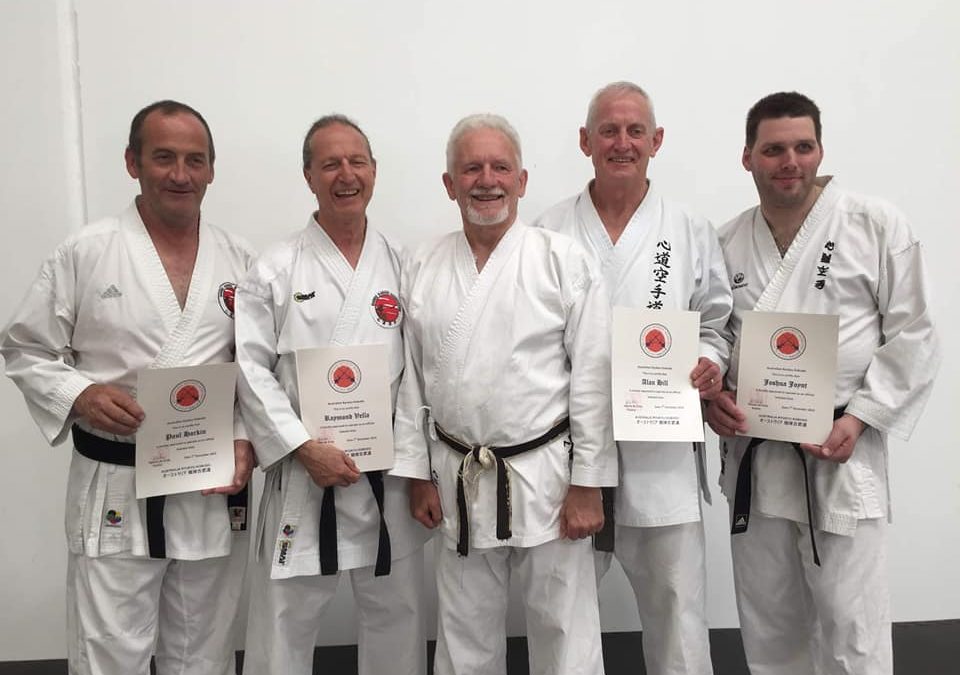 Shihan Hennie de Vries first approached Sensei Alan back in 2015 to see if he or any instructors from our club were interested in taking the training. When lessons began Shihan Hennie was probably regretting his choice in asking us but he persisted with his instruction with marvellous results.

Sempai Josh excelled using Sai even perfoming one of the Katas as a demonstration in his Karate 2nd Dan grading while Sensei Alan took to Nunchaku with great aptitude. Sensei Ray and Sempai Paul became masters with the Bo learning at an exceptional rate.

With their dedication to practice each week all four have been granted the ability to officially teach under what is called a Dokokai (Kobudo Dojo) in Australian Ryukyu Kobudo.